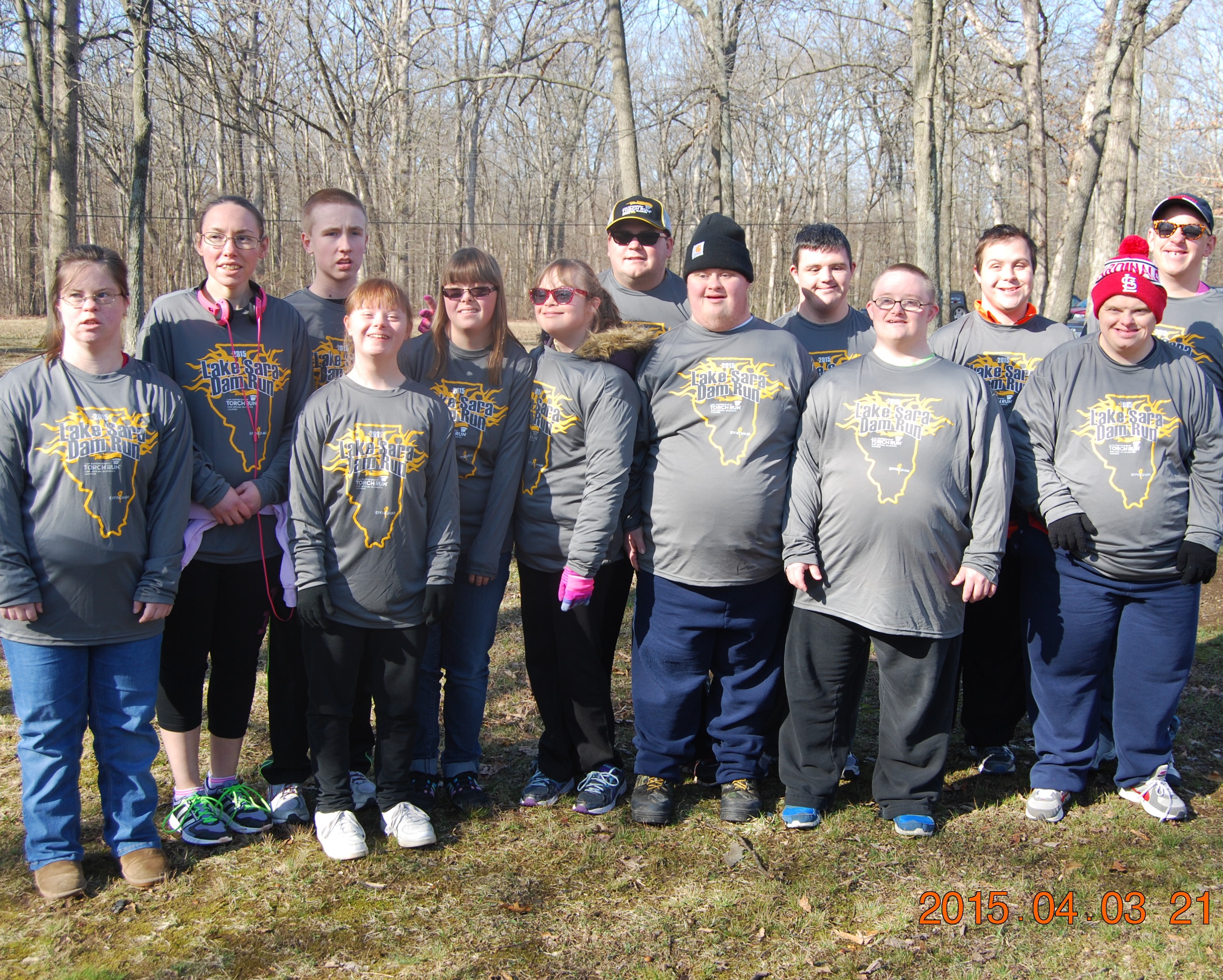 The Illinois State Police have always been active in the planning, preparations and day-of volunteer needs to ensure that the Lake Sara Dam Run is truly the best little Dam Run in Illinois. Nearly 90 percent of the volunteers were retired Illinois State Police, said Rhodes, who added “we did have a boost in support from the Effingham County Sheriff’s Department this year, as their new Chief, Dave Mahan, was a former ISP Trooper and organizer of the event.” Some of the day-of volunteers also included fire and rescue workers of the Effingham Fire Department.  “We do this for the Special Olympics athletes,” Rhodes said, “and the majority of the runners and walkers are here just to support them.”

The Special Olympics athletes from the Effingham County Lightning team have volunteered at the Lake Sara Dam Run for the past 15 years by manning the water stations on the courses to encourage the runners and walkers, hand out water, and cheer on fans and friends as they proceed.

ECL athletes also ensure that each of the participants receive a medal as they meet their destination. The excitement is evident in the faces of the Effingham County Lightning athletes as that role is reversed, and they get the opportunity to award a medal to a runner or walker. Genuine hugs of thankfulness and congratulatory “Pats-on-the-back” are also often awarded to runners and walkers by the ECL athletes.

“We wouldn’t miss it for the world,” said ECL coach Diana Ludwig. “We have been awarding the medals at the Lake Sara Dam Run for years, and just are honored that so many people come out here to run, rain or shine, to support us!”