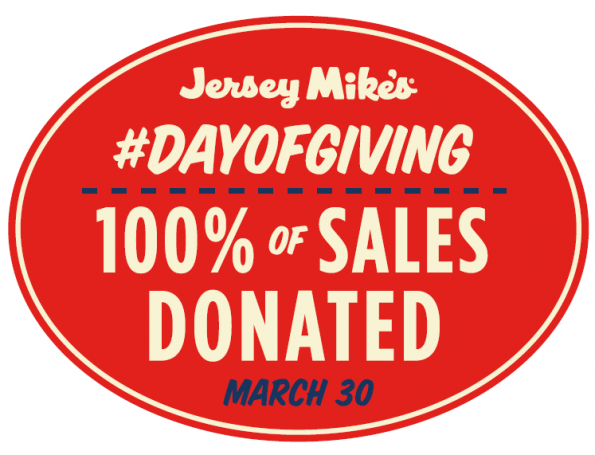 We’re joining forces with 80 Jersey Mike’s locations throughout Illinois for its 12th annual Month of Giving campaign! During the month of March, customers can make a donation at any Jersey Mike’s restaurant to help 105 local Team Illinois delegates travel to the 2022 Special Olympics USA Games in Orlando, Florida.

The Month of Giving campaign will culminate with the Jersey Mike’s “Day of Giving” on Wednesday, March 30, when local Jersey Mike’s restaurants will give 100% of the day’s sales - not just profit - to the 2022 Special Olympics USA Games and the local state programs attending the USA Games. Mark your calendar!

For the first time in the 12-year history of Month of Giving, Jersey Mike’s owners and operators nationwide will support a single cause. The company hopes to surpass last year’s record-breaking $15 million raised for charity. Jersey Mike’s Month of Giving has raised more than $47 million for local charities since it began in 2011.

Help support Team Illinois and this powerful partnership by visiting your local Jersey Mike’s this March! Let us know you helped support this important campaign and complete the form below.

Click here to find a Jersey Mike’s location near you.