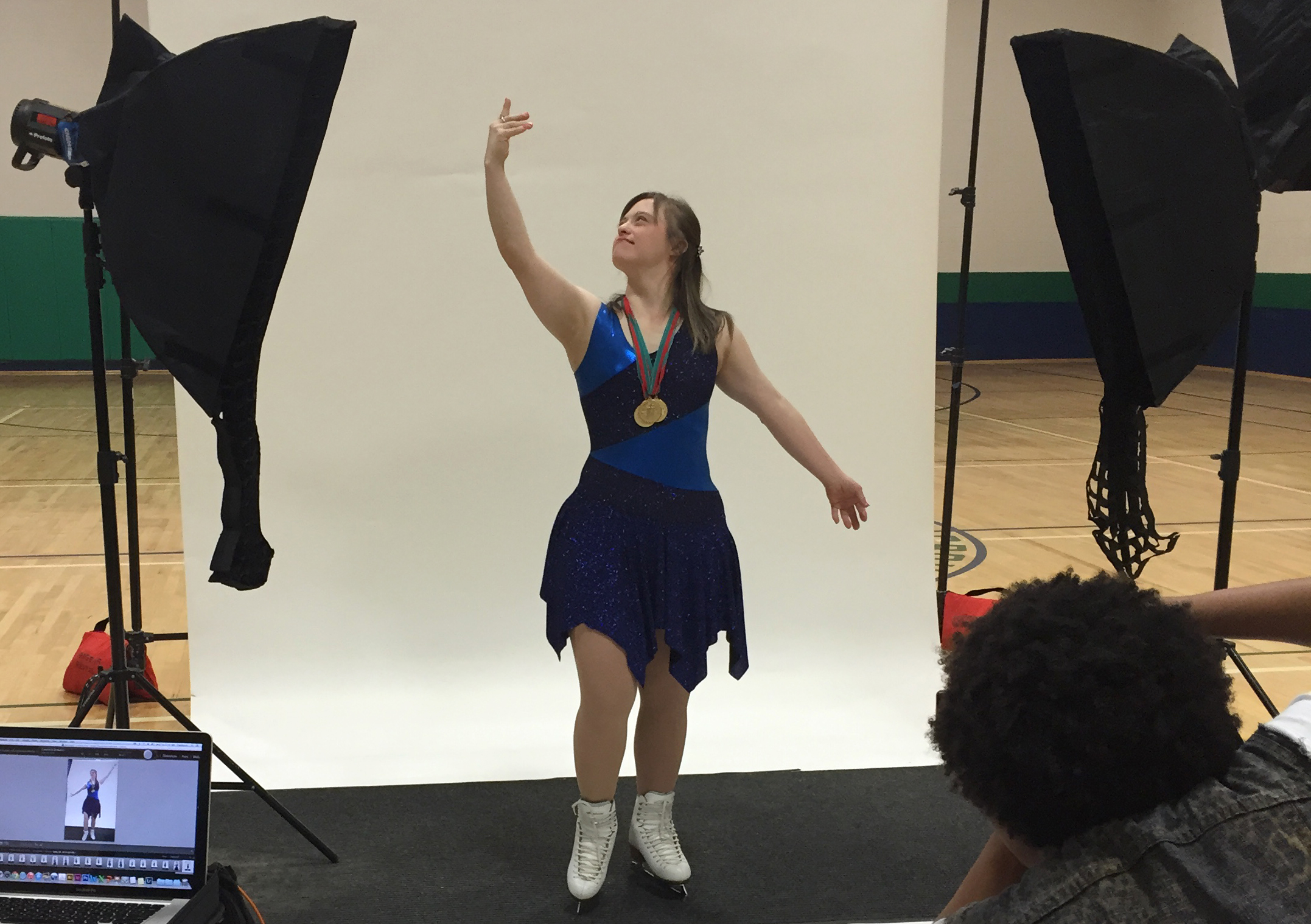 It was lights, camera, action for a group of Special Olympics Illinois athletes on Jan. 7! Four athletes were selected to model for a fun photo shoot for the Special Olympics Illinois Lottery ticket.

Ashley Jones, Barbara Kozdron, Molly Sosnowski and Jose Moreno spent the morning with the director as they selected each athlete’s wardrobe and gear. An on-set make-up artist styled the athletes’ hair and make-up. Then it was on to the photo shoot where the athletes struck their fiercest and most glamourous poses.

Jose channeled his inner Lebron James as he posed with a basketball. Molly, who competed in 2005 Special Olympics Winter World Games, represented skiing. Ashley and Barbara both donned their beautiful uniforms for gymnastics and figure skating, respectively. The crew filmed video during the photo shoot as well. The athletes did a fantastic job and demonstrated the champions they truly are.

The Special Olympics Illinois Lottery ticket will be available at lottery retailers in early February.

The new game will provide funds for training and competition programs that benefit nearly 22,000 Special Olympics athletes in Illinois from all 102 Illinois counties. These funds will also allow for the organization to continue transforming lives. The Lottery ticket will help Special Olympics Illinois offer increased participation for eligible athletes in the state as well as pursue additional national and international opportunities for their existing athletes. New money generated from the Lottery game will not be used for administrative expenses. Thank you to the athletes who participated in the photo shoot, and a big thank you to the Morton Grove Park District & Maine-Niles Association of Special Recreation for allowing the use of their facility!