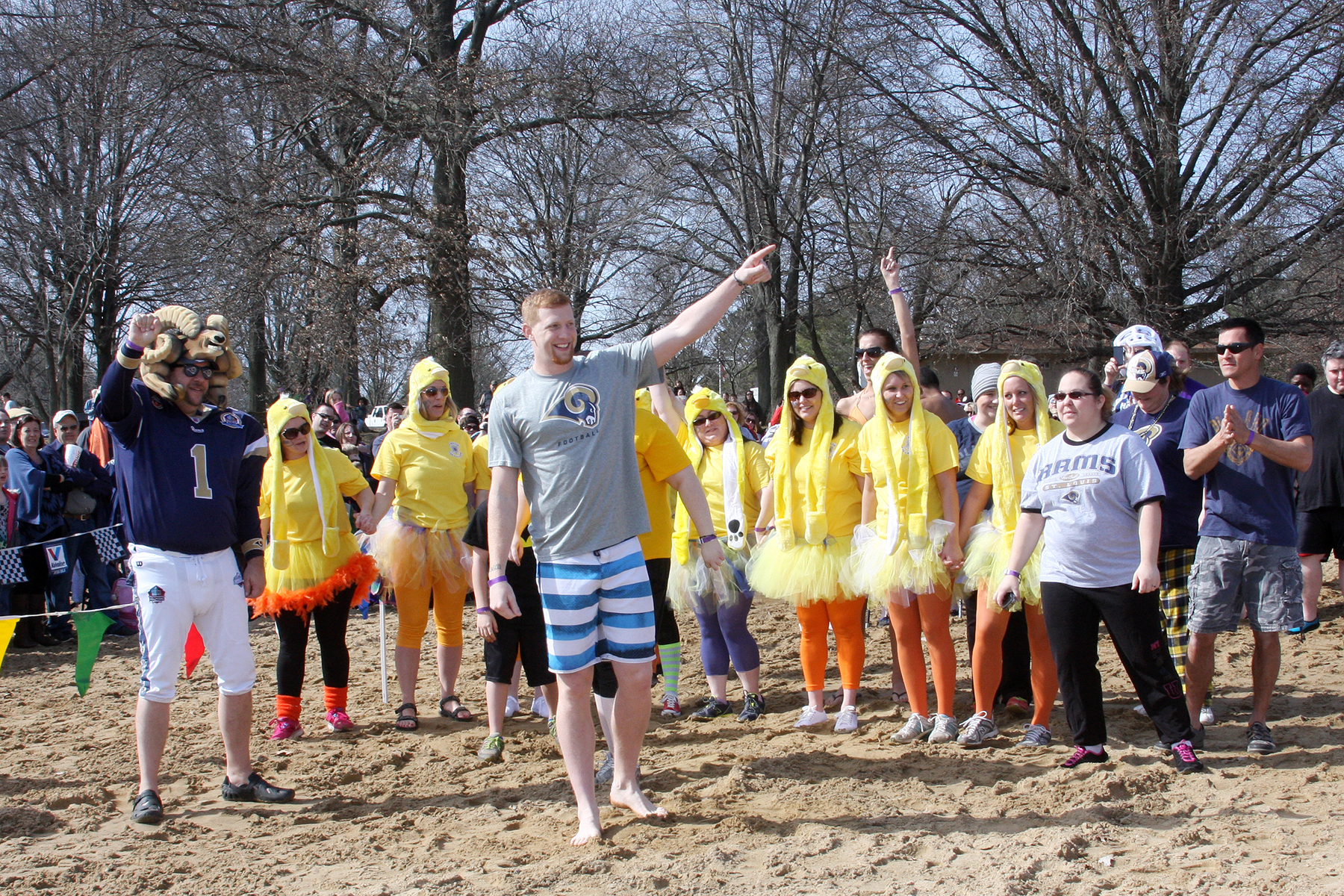 At the Carlyle Lake Polar Plunge on Feb. 22, among the 413 plungers was St. Louis Rams Pro Bowler Johnny Hekker.

At the post-Plunge party, Hekker signed autographs and hung out with the athletes, then helped present awards to the top fundraisers of the day.