Spirit Shines through for a Son, his Mother and Everyone Else at the State Basketball Tournament

Michael Williams has been playing Special Olympics basketball since 2015, long enough to cultivate relationships and develop a love for the game.

What does he love most?

Here’s how much the 21-year-old Williams treasures passing the ball:

In the Hope Bulldogs’ first-round game of the Special Olympics Illinois State Basketball Tournament, Williams’ team was leading 16-0 late in the first half.

As the final seconds before halftime ticked away at Illinois State University’s Horton Fieldhouse, an opponent missed a shot in the lane. Williams grabbed the rebound and handed it back to him. Another shot went up. It missed the mark. Williams again got the rebound and gave the ball to the opponent, who had a rather bewildered look.

Williams assured him it was OK, encouraged him to shoot again. He did. The ball bounced around the rim and fell off. The halftime buzzer sounded.

In a span of 20 seconds, Williams had demonstrated the spirit of Special Olympics competition. He also had revealed what participating in such events has given him. 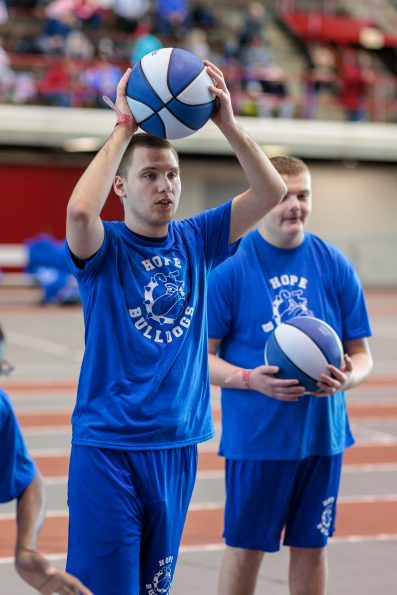 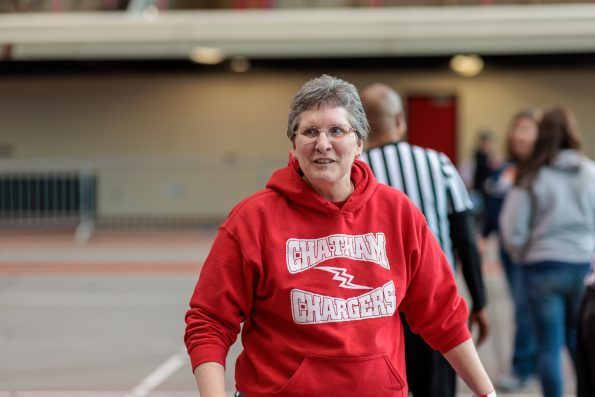 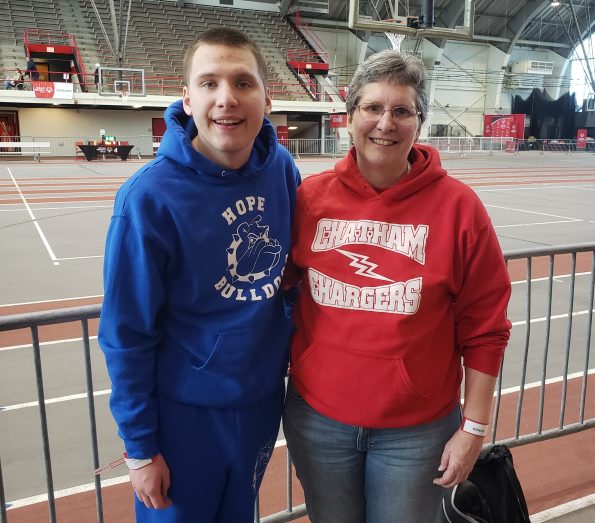 It has drawn out compassion and verbal skills in Williams, who has autism. You didn’t have to go far to confirm the positive impact. His mother, Dawn Williams, was two courts away helping coach the Chatham Chargers.

Michael will play for the Chargers next year. Turning 22 in May means he will “age out” of the division Hope plays in.

His family moved from the LaSalle-Peru area to Chatham four years ago to be closer to Springfield, where Michael attends Hope, a school for children with special needs.

“When we get to May, I’ll be graduating,” Michael said proudly. “When the new school year started I’m like, ‘Hey. Guess what. Big news. I’m leaving.’”

He’ll participate in track and field in the spring for Chatham, where his mother is a special education teacher. While Michael began playing basketball in 2015, he has participated in Special Olympics sports since 2012.

“At one point, he was doing nine different sports before the Coronavirus shutdown,” Dawn Williams said. “Special Olympics was kind of a natural outlet for our family as Michael grew up. We wanted to get him involved in athletics, but he didn’t have the mental capacity to do regular school sports. There was so much sensory and whatever.”

It took a while to get integrated. When Michael came to his first Special Olympics state track and field meet at ISU, the number of people was overwhelming. So the family would stay on a hill in the grass until it was time for Michael to compete in an event.

At Hope, staff members have involved Michael in musicals because of his ability to memorize. He also has become a spokesman in the Special Olympics Global Messenger program, in which Special Olympians speak to groups about their experiences.

Michael has spoken to a variety of organizations, including at the Knights of Columbus state convention and to Illinois State Police cadets.

“That’s part of his language development,” Dawn Williams said. “Before the Special Olympics, he was a very quiet kid. Sports kind of brought him out. His verbal skills are just huge. When we do speeches, we have to script him. Otherwise, he’ll talk to you about his YouTube channel all the time.”

The YouTube channel is the result of Michael’s love for video games and interacting with others who share that love.

For Global Messenger events, he and his mother co-write his speeches. She has been a Special Education teacher for 35 years, so is experienced in working with special needs children.

Still, she has “learned a lot” as a mother. Two of her four children have autism.

“You know a lot of things, but when you have to deal with it 24-7, that’s a whole other ballgame,” Dawn Williams said. “It gave me a deeper appreciation for what parents are dealing with day in and day out. As a teacher, you go in, give your heart and do your best, but you’re not with them 24-7.”

Michael lived in a group home at Hope for a while, but when the Coronavirus hit, he moved back home with his family. Among his “homeschooling” projects was learning the Rules of the Road and passing his driver’s test. He accomplished that and now has his license.

The state tournament was more about driving the lane, and at one point in the second half, Michael ran down the court with a small, young teammate who was dribbling the ball. He encouraged his teammate all the way down the floor, bringing smiles to their faces.

The shot didn’t go in, but it didn’t matter. The joy was in the journey.

After two years without a tournament because of COVID-19, simply competing felt like winning.

“It’s good to be back in person,” Dawn Williams said. “I coach regular kids in high school, but I love coaching the Special Olympics kids even more. They get so excited, there’s very little drama, they look forward to it and the sportsmanship is great.”

Michael was among 1,100 athletes to compete in the two-day State Basketball Tournament, which featured games at Illinois Wesleyan’s Shirk Center as well. Also on hand were 400 coaches and 250 volunteers.

For the first time, athletes had an opportunity to register onsite to compete in a 1v1 NBA 2K tournament to see who could score the most baskets virtually.

“It’s a joy to be here,” Dawn Williams said. “You see a lot of smiles and high-fives today. It’s a lot of fun.”