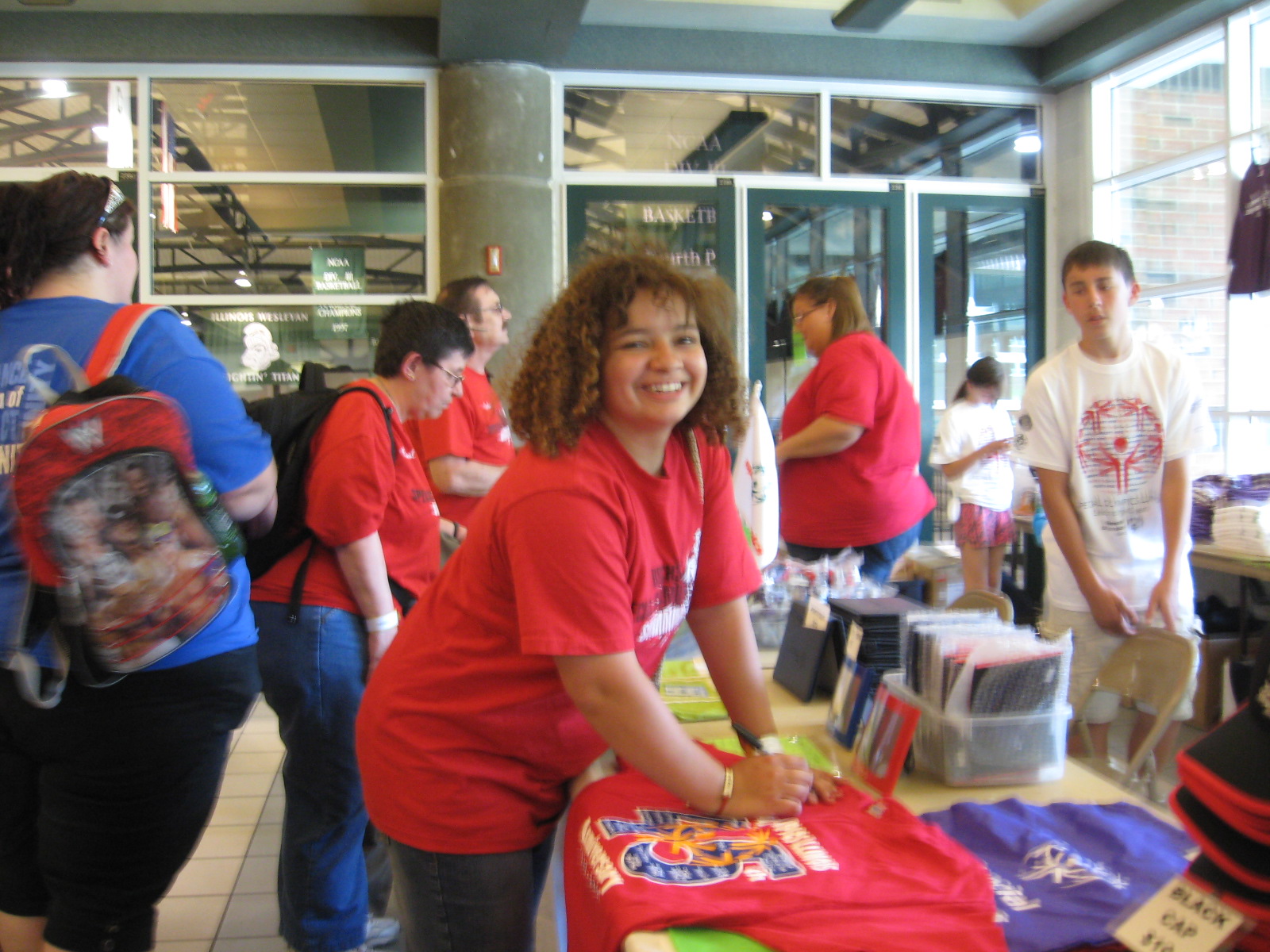 At the Summer Games aquatics venue, Reem Abdelmeguid, 17, of Bourbannais got the rock star treatment when people realized that she was the athlete who designed the 45th anniversary T-shirts being sold at souvenirs. As soon as people realized who she was, Reem was asked to autograph the shirts that others had purchased, says her mother, Azza Tawfik. “I am very proud of her.”

Earlier this year, Special Olympics Illinois held a 45th anniversary T-shirt art contest asking athletes to submit designs. The top 3 entrants had their artwork displayed on the SOILL website and the public voted for their favorite design. Reem’s design was the winner with more than 55 percent of the nearly 6,000 votes.

“Reem always loved art projects. She liked to color and design stuff, and she loves to draw these social stories about her day and all the events she went to,” said her mother. “We’re at Barnes & Noble all the time looking for new art projects,” said her mother with a laugh. Reem participates with Bradley-Bourbonnais Community High School, where she will be a senior in the fall. She competes in basketball, aquatics and athletics.  She swam in the 50-meter freestyle and 50-meter backstroke races at Summer Games, earning a silver medal and 8th place ribbon respectively. After each of her races, the aquatics announcer let the audience know that Reem was the artist of the 45th anniversary T-shirts.

“Special Olympics was a great discovery that allowed Reem to participate in competitive sports and have fun at the same time.” Her daughter is very shy, but has become more social and loves to do activities with her peers, Tawfik said.

Reem participates in The Easy Street Theater in Kankakee. “She used to whisper when talking. Now she has a great voice and she communicates with people much better. She has more eye contact and she pays more attention to what’s going on in her environment,” her mother said.

“I really really think that Special Olympics was the best thing that happened to Reem and our family in a long time,” Tawfik said.

Reem is an honor student at BBCHS with a GPA of 3.7. She loves algebra, English and current events and has beautiful handwriting, according to Tawfik.

In her free time, in addition to creating art, Reem likes to read, play Wii Fit and make friendship bracelets. In 2012, she won the Most Improved Player award on her Special Olympics Basketball team, in part because she is such a skilled shooter.